Arrive Amman Airport where our airport Pan East staff will meet the group at the gate just as they leave the airplane. Full assistance with the visa and customs formalities will be provided at Amman Airport.

Leave the Airport for the transfer to Hotel in Amman, and enjoy the rest of the day at leisure.

Buffet Dinner and overnight at Hotel in Amma.

It has been identified for nearly two millennia as the area where Jesus Christ was baptized by John the Baptist. Stunning archaeological discoveries from the 1st century AD confirm that the site was inhabited during the lives of Jesus and John the Baptist. The late Pope John Paul II also visited the site as part of his spiritual pilgrimage to the Holy Land at the start of the new millennium.

On a hillside above the town of Zoar (modern day safi), Byzantine Christians built a church and monastery dedicated to Saint Lot. The complex was built around the cave where Lot and his daughters found refuge.

The lowest spot on earth 400 meters below sea level. The Dead Sea has an historical and spiritual legacy of its own. It is believed to be the site of five biblical cities: Sodom, Gomorrah, Admah, Zeboiim, and Zoar. Spend the day sunbathing, swimming, and relaxing in the gently lapping waters of the Dead Sea and be amazed that you can never sink!

The river is first mentioned in connection with the meeting of Jacob and Esau, and with the struggle of Jacob with the angel, which was later known to be God himself, and thus decreeing the name of Israel (God’s contender) to Jacob as a reward for his triumph (Genesis 32:23 et seq.).

In the Bible it is named Antiochea or Gerasa. According to Mark 5:I and Luke 8:26 – 39, here Jesus cast the evil spirits out of a man. Today it is one of the most beautiful and best-preserve d Greco-roman cities in the world.

Lunch in Artemis Restaurant in Jerash.

The castle was built by Saladin’s general in 1184 AD to control the iron mines of Ajlun and to counter the progress of the Crusaders.

Associated with the Prophet Elijah, it is believed that this place was formerly Tishbi, the home of Elijah, a native of Giliad in Transjordan (2Kings 17:1). There are two churches that were built on the hilltop at the end of the Byzantine period.

The town is mentioned in the Bible as a place where Jesus, his mother Mary and his disciples passed through and rested in a nearby cave. The cave, which has long been a Holy place for pilgrims, has now been commemorated with a modern shrine / church of Our Lady of the Mountain.

It was a city of Decapolis and after A.D. 70 became a center of the Christian community and refugees from Judea.

In the Bible, Umm Qays is referred to as Gadara and was also a member of the Decapolis. This 10 city alliance already existed at the time of Christ (Matthew 4:25). According to Matthew 8:28 – 34, Jesus casted the evil spirits out of two men in today’s Umm Qeis.

In the Bible, Madaba is named Madeba or Medeba, city of the Sihon (4 Moses 21:30). The city lies in what was the territory of the race of the Reubens (Joshua 13:15 – 16 or Isaiah 15:2 and 1 Chronicles 19:7). The main point of interest in Madaba is the mosaic map of the Holy Land from byzantine times.

“And Moses went up from the plains of Moab unto the mountain of Nebo, to the top of Pis’gah, that is over against Jericho. And the Lord showed him all the land ….. And the Lord said unto him, … I have caused thee to see it with thine eyes, but thou shalt not go over thither. So Moses the servant of the Lord died ….” (5 Moses 34:1 – 4).

Scholars suppose this village to be the site of the biblical city of Nebo. In the middle of the 9th century B.C. King Mescha boasted that he had slain 7.000 men, women, boys, girls and maids at this place and had taken it from the Israelites.

In the Bible, Mukawir is referred to as Machaerus. The historian, Josephus, reports that it was here that John the Baptist was imprisoned, Salome danced and John was beheaded (Matthew 14:3 – 11).

Twelve kilometers south of Madaba lies Ma’in, an early centre of the Byzant-East-Jordan-Land. Belemunim, the Christian settlement, has a name to which the biblical village Baal-Meon is similar. Baal-Meon is mentioned in 4 Moses 32:38 as a city of the Reubens and is also to be found under the names Beth-Ba’al-Meon (Joshua 13:17) and Bet-Meon (Jeremiah 48:23).

In the Bible it is referred to as Dibon. The town was taken from the Moabs by the King of the Amorites, King Sihon. Then King Sihon lost Dibon to the Israelites (4 Moses 21:25 – 31).

A rectangular walled city mentioned in the Old and New testaments of the Bible. Just outside the city walls is the recently unearthed Church of Saint Stephen with its perfectly preserved mosaic floor. The mosaic depicts the images of the 237 Old and New Testament cities f the Holy Land, east and west of the River Jordam.

In biblical times, the Wadi, or River Arnon, formed the natural border between the territories of the Moabs in the north and the land of the Edomites (later the Nabateans) in the south. The Wadi is mentioned in the Old Testament (at the time of King David) as the river which flows through the valley to the Dead Sea.

This is an old settlement with modern buildings. The history of Rabba probably began with the city Ar or Ar-Moab, which is mentioned in 4 Moses 21:15 and 5 Moses 2:9. While the Israelites of the Exodus spared Ar and the whole land Moab, the Amorite King Sihon ransacked the city in an attack launched over the Arnon River (4 Moses  21:28).

Kir, Kir-Moab and Kir-Heres are the Old Testament names for the town of Kerak (Isaiah 15:1, 16:7 and 16:11 and Jeremiah 48:36). In the time of the Judges, the Moabite King Eglon may have resided in Kir-Moab. In 850 B.C. one of his successors, King Mesha, was surrounded by the united Israel-Judah forces of Kings Jehoram and Jehoshaphat in Kir-Heres and could only escape defeat by sacrificing his first-born son.

Drive to Petra for Buffet Dinner & overnight at hotel.

Lunch inside Petra at Basin Restaurant.

Late afternoon, drive via the desert highway to Amman for Buffet Dinner & overnight at hotel.

Transfer to Amman Airport for departure including meeting and assistance during formalities. 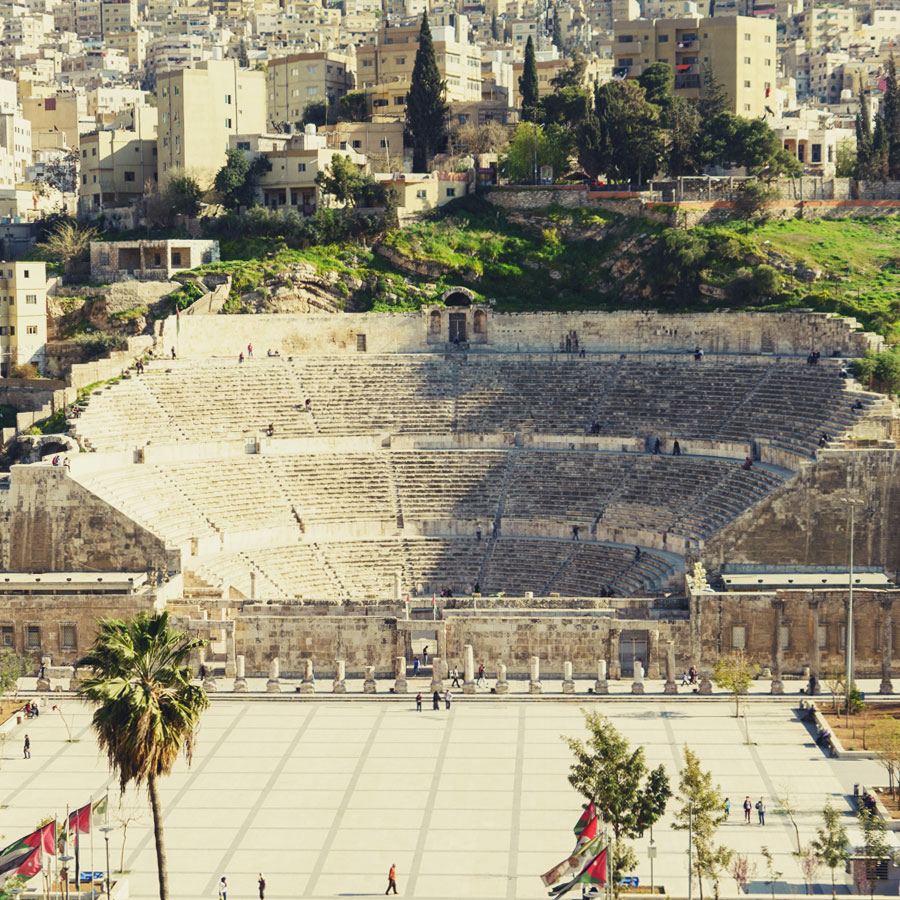 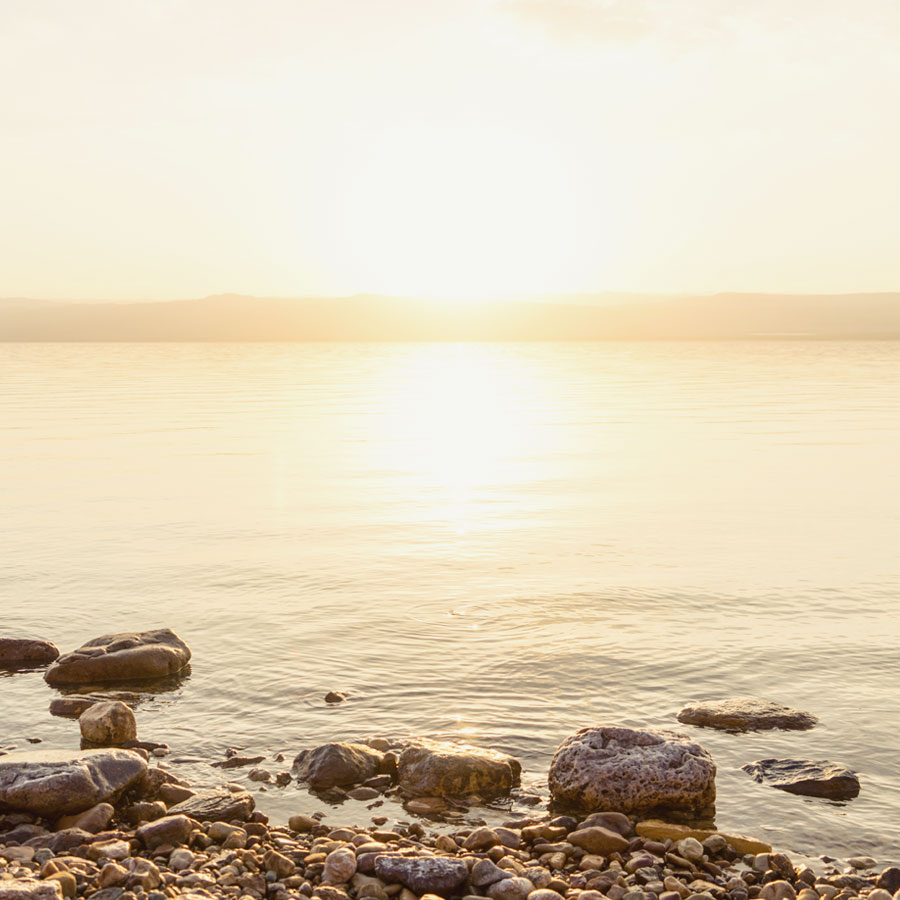 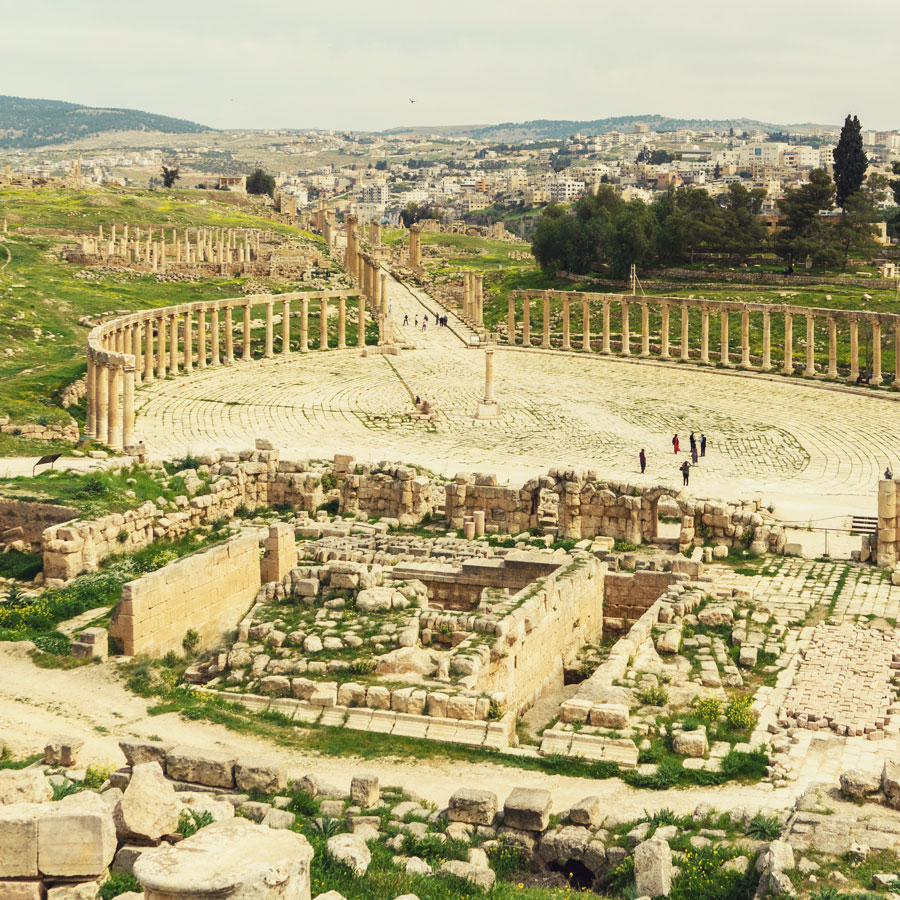 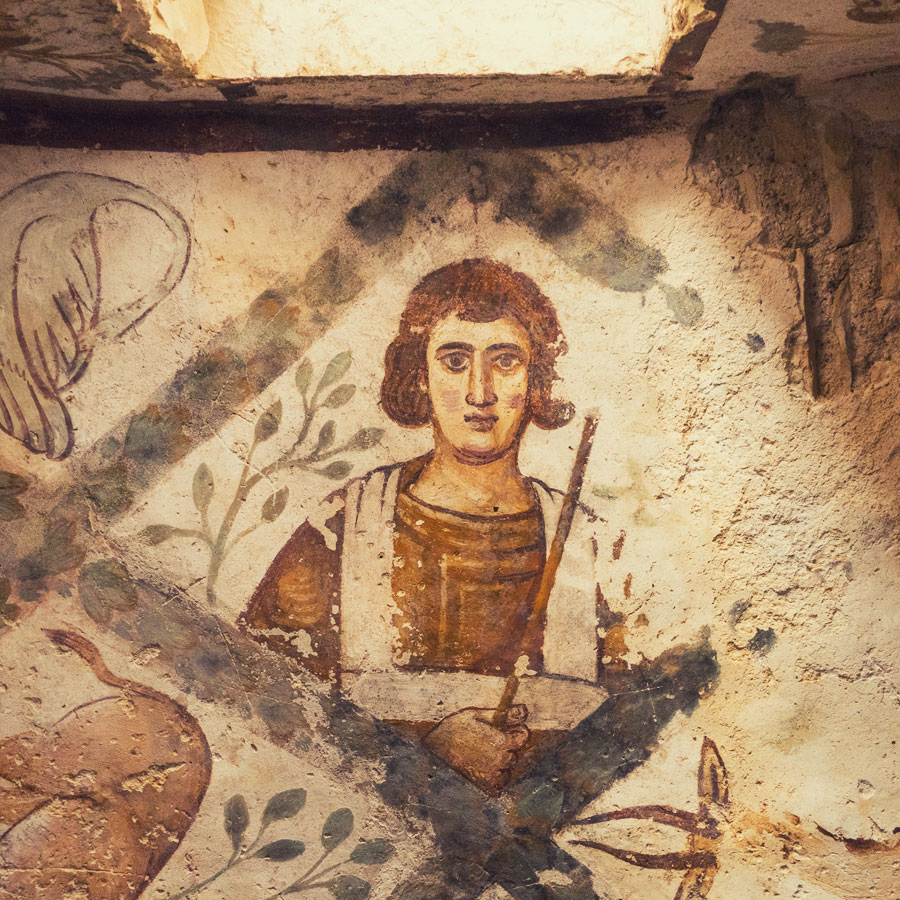